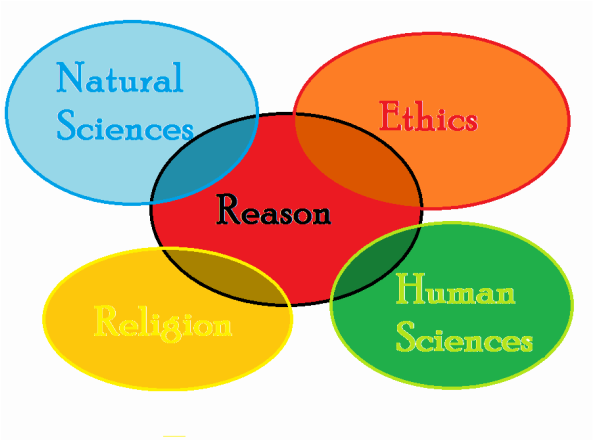 Reason and the natural sciences

The scientific method involves formulating a hypothesis: a statement that can (potentially) be falsified. If it’s not (potentially) falsifiable or replicable, then it isn’t scientific, and belongs to some other field (according to Karl Popper). By replicating the experiment, collecting data and observing the outcome we can reach a conclusion by using induction, this is also known as scientific reasoning. By using scientific reasoning Aristotle’s hypothesis established around 330 BC, about the Earth being spherical instead of flat was proven 2000 years later by an experiment designed to measure the distance to the horizon by using a small boat. So simply by applying reason, science proved that the Earth is spherical and not flat and hence disproved a hypothesis, which had been considered truth for thousands of years. The above example shows reason plays a key role in extracting knowledge in the natural sciences, everything is correct until proven wrong by using data, observation and inductive reasoning.

Reason and the human sciences

The human sciences including sciences like psychology, sociology and economics, are the sciences concerning the human being as a conscious individual, making conscious choices.


In these sciences, let’s take economics as an example, the overall goal is to analyze human behavior and therefore predict how we will behave in the future. Through statistics, economists analyze, graph and conclude what the most probable outcome of a given situation will be, and will therefore be able to predict the outcome of an upcoming situation from the previous conclusion. It can therefore be said that the human sciences gain knowledge from reason to a large extent. But how good is the reasoning done in the human sciences? Economics would be considered extremely accurate, if every person on earth always behaved rationally, and made rational choices, i.e. being a homo economicus. Unfortunately, the truth is much more complicated than what an economist would deliberate. Human beings make irrational choices more or less all the time, and it is impossible to take those choices into consideration when predicting behavior. Economists therefore tend to make logical fallacies like false dichotomy or no true Scotsman in order to make their predictions seem true.

It can be concluded that the knowledge created by reason in the human sciences are different than for example the knowledge created in the natural sciences. In the human sciences, scientists often use deductive reasoning in order to interpret qualitative data into saying something specific about humanity, where natural scientists tend to use inductive reasoning.