“Those who will not reason, are bigots, those who cannot, are fools, and those who dare not, are slaves.” Lord Byron

Reason is a word with a huge amount of meanings, sometimes confused with logic. However, in TOK we understand it to be the way of knowing understanding the world using logic, rationality, comparison, judgement, and experience. In reason we take a rationalist approach – the idea of that we can ascertain truth by thinking and by the process of reflection alone. A central aspect of the rationalist approach is the use of logic – the most ‘formal’ or ‘strict’ type of reason. As logic is a more ‘strict’ type of reason, it helps us to arrive to answers that are more accurate. For something to make logical sense is a more demanding achievement than for something t﻿o make reasonable sense. ﻿Logic, therefore, becomes our tool for searching out answers and weighing up conflicting statements, opinions, and ideas. 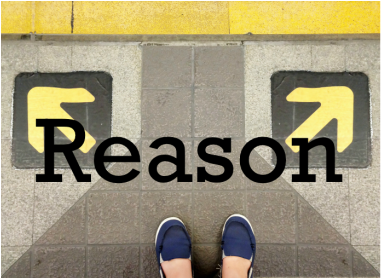 Philosophers argue that logic is divided into two types known as deductive and inductive reasoning. Deduction involves reasoning in which the conclusion is based on given truth of some general information. One simple example is:

These kinds of arguments are probably the best known and mostly used form of deduction. Deduction reasoning goes from a general rule to a specific rule. The above kind of deductive-reasoning is called syllogisms. A syllogism is based on two premises, in this case  the primary along with the secondary premise, and lastly the conclusion. So, how is it that we can derive a conclusion without doubt? This is the principle of syllogism, as long as the premises are true, we arrive at a true conclusion.

Another type of logic that we use is the inductive reasoning. Inductive reasoning goes from a specific rule to a general rule. Inductive reasoning is perhaps the form of logic that human beings use the most. Why is that? Well, the simplest explanation is that it’s in our nature to use induction. Many of us tend to seek induction because we don’t have the time or don’t want to investigate the premise by setting up experiments to prove the theory. Therefore we can say that individuals make generalizations on information they have acquired from previous observations and results of foregoing experiments. One example of how induction works is: