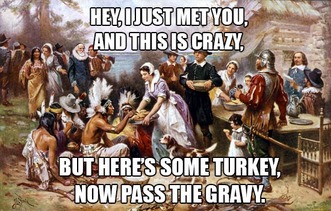 History is an area of knowledge that studies the past, particularly in regards to human beings. It is an umbrella term that relates to past events as well as memory, discovery, collection, organization, presentation, and interpretation of information about these events. Traditionally, historians have recorded past events through either writings or passing on oral traditions, and with these moments of the past historians have sought to answer historical questions through studying these documents and oral accounts. Generally, history can divided into three categories: what is written, what is said, and what is physically preserved, a great historian will make efficient use of all three. However, history is what is preserved. Collective memory is vital for history. Collective memory is understood as a representation of the past shared by a group or a community.
"People tend to communicate about collective memory by referring to individual memory – as if my recollection of my Thanksgiving dinner last month is comparable to the country’s memory of the first Thanksgiving four hundred and fifty years ago. In some ways, it is. A single person’s memories of her life and experiences give her a sense of where she has come from and who she is, and can guide her decisions about the future. Collective memories work much the same way – they foster and define group identities, telling a group of people where they have come from, who they are and how they should act in the present and future”- John Gillis “Memory and Identity: The History of a Relationship” in Commemorations, ed. John Gillis (Princeton: Princeton University Press, 1994), 7 Most knowledge individuals possess is in the form of memory and therefore how we retain information and how past events and experiences are reconstructed is directly because of memory and this is how personal information is formed. 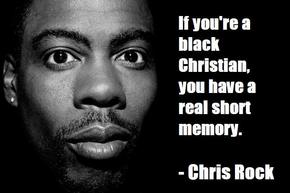 All religions are based to some extent on memory as a way of knowing. Even though religious books like the Bible and the Qur’an are written down, these have been translated from Arabic to Old English to Medieval English to Modern English and so forth. This causes a lot of bias and misunderstandings, when these interpretations are being interpreted over and over. This is the same progress that memory retrieval is based on. When you reflect back on a specific event, you are reflecting on the last time you thought about that incident, causing the details of that event to become distorted, causing false memory. But we do not even know if these books have been written on confabulations. Yet it still plays a huge part in cultural memory for religious groups, who believe these books are revelations from God. Hence there is a connection between revelations, confabulations and false memory, causing memory as a way of knowing to explain some of the limitations of religious knowledge systems as an area of knowledge, and vice versa. The making of memories as well as the retrieval of memories are two processes that cause falsification of certain reflections on specific events, just like the interpretations and translations of ancient books. 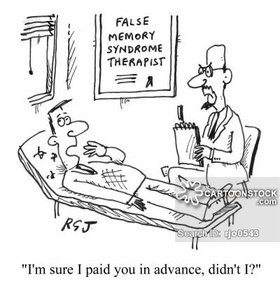 Memory is an essential part of every human being and without it we would be unable to function in daily life. Memory is based on past experiences and therefore, without it, we would be unable to learn from the world around us and adapt to it. The Human Sciences are an area of knowledge that includes anthropology, archaeology, economics, industrial psychology, law, linguistics, philosophy, political science, psychology and sociology. Psychology is often studied with regards to memory as a way of knowing, as it attempts to study and make suggestions as to how memory functions. Psychology is made up of several different theories and models that are used to explain how memory is influenced and influences us. Memory is especially interesting to psychology as it can be studied from both the cognitive level of analysis and the biological level of analysis. The cognitive level of analysis studies how memory is reconstructive and to what extent it is reliable. Memory plays a big role in eyewitness testimony (see section for real life examples), but has often been criticized for, to a large extent, being unreliable because of its reconstructive nature and how it can be influenced different factors, such as emotions, new information, stereotypes, schema theory and heuristics.  Flashbulb memory is also often studied in the cognitive level of analysis. The theory behind Flashbulb memory is that the event was emotional enough to leave behind an extremely detailed memory that lasts forever, just like a photograph, and it therefore suggests that emotion also plays a large role in memory. Flashbulb memory is, however, often criticized for not being as accurate as the name suggests. Psychology explains how memories are formed, their relations to the brain and in TOK we exercise memory's use as a means of acquiring or retaining knowledge and how it functions in the world.

Natural sciences account for how we observe the Universe, using the scientific method to prove or disprove these theories about it. However, there are also subjects that neglect processes of falsification and replication, called ‘pseudoscience’. This is similar to false memory, which is hard to disprove unless the mental state of for example an eyewitness can be discussed. The effects of the pseudoscience are real, but the practices might be a fraud, the same way that a false memory is based on real events, but the details are altered, which could cause the wrong person to go to jail in the case of a rape court case. By only having one witness to prove someone’s guilt, it is difficult to find out if the person is telling the truth, or if their flashbulb memory has caused other factors to interfere with their reflection of the incident. The testimony is only based on personal knowledge and personal memory, which makes it hard for judges to find out who’s lying or has had their memory distorted by leading questions, memory implantation or the seven sins of memory, identified by Daniel Schacter. The victim could have been biased; the incident could have blocked some of her sense perception momentarily, causing a blocking of memories or absent-mindedness. The court case may take place a long time after the affair, initiating transience, and some of the memories are lost over time. Persistence, suggestibility and misattribution may also alter the victim’s testimony.
﻿Lasse R.    Shireen S.    Anna Maria J.    Malcolm M.    Sebastian W.﻿