Science a﻿nd Fait﻿h
When a cancer-operation is done, and the life of an innocent individual is changed, did the individual doing the operation look at the situation scientifically, research prior surgeries and possible ways to complete a surgery, run different tests that are based on real world results, and compare and contrast them logically with different other similar cases in an attempt to make the possibilities to find where the cancer was located, and what the most appropriate treatment for it might be.
The doctor had faith in his ability and skills and in the validity of his research.

Secular and Authoritative Faith
Another common form of faith is secular or authoritative faith, which is the faith placed by individual knowers in other knowers or in authority. It is largely considered to be the act of the placement of faith in other knowers with more knowledge, experience or authority or in figures of authority who have access to knowledge or information not comprehendible or accessible as shared knowledge. A resent example of this is the MERs outbreak in the Republic of Korea,  were the South Korean population are currently relying on the government and medical authority to contain the disease as well as quarantine and curing infected patients.

Sacrifice in the Mayan Culture
The ancient Mayans believed in a higher power and their faith was exhibited through their actions of religious sacrifice, which saw the killing of animals or blood-letting of community members. It was considered as the fulfillment of obligation towards the Gods. Human sacrifices were rare and when they did happen it was usually prisoners.

At the time of the hight of Mayan civilisation the knowledge claims which were most often encountered in the context religious faith was that such faith constituted concrete and valid knowledge, exemplified by the common knowledge claim that "I know that a higher power exists", regardless if this higher power pertained to God(s), spirits or otherwise. In contrast, knowledge claims in the context of religious faith in the modern world are often in the form of "I believe in the existence of a higher power" were the concept of the faith of the individual knower is not sufficient to acquire truly valid knowledge. This may be used as an example to depict the development of critical thinking, analysis and reasoning and the changes in significance and role of faith in universal comprehension, every day life and the creation of personal knowledge. 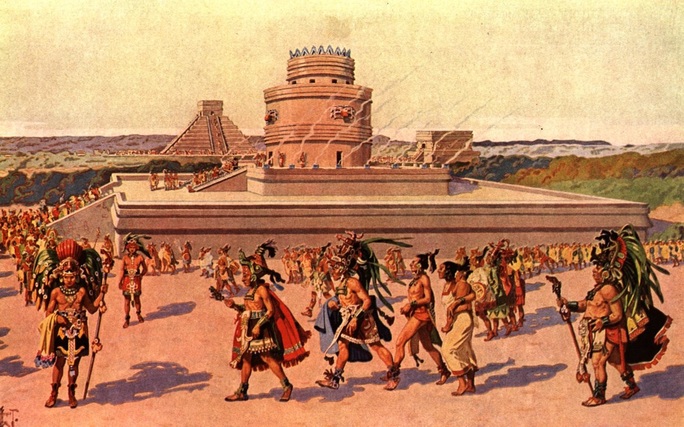